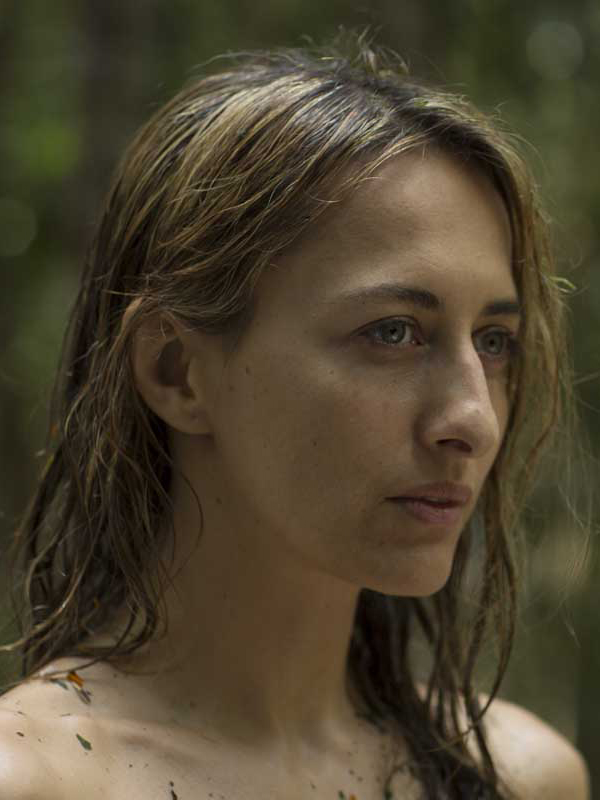 Ana Cecilia Stieglitz is a New York born actress raised in Mexico City. She has a Masters Degree in Communication Sciences from Pratt, NYC. Ana’s acting career took off while working closely with acting coach Susan Batson and actor-director James A Lee. She landed lead roles in several independent short films: “Memoria de Octavia” by Marly Hernandez, “Revenant” by Jeremie Lecaudey, “Wendy” by Kurt Shi, and Eric Kater’s “The Gathering Dark”. She played the lead in the true story cable TV show “Stalked” Someone’s watching: Death Spiral”, and was cast in the feature film “Welcome to New York” (official selection for Cannes, Venice and Toronto Film Festivals) directed by the aclaimed Abel Ferrara (“Bad Lieutenant”). Ana was part of the ensemble cast in “Thinly Veiled”, a feature by award winner filmmaker Adolfo Doring (“Blind Spot”) and is currently preparing for the film “Sierra Madre”, now in pre-producction. Her latest work includes Netflix´s Original Series ¨Mozart in the Jungle¨ directed by Roman Coppola starring Gael Garcia Bernal; the upcoming feature film ¨Pepito: Sin Salida¨ by Joaquin Hernandez. Ana Cecilia is a member of the alumnae at The Susan Batson Studio, has been a part of the Tres Artis Theater Group lead by scholar Stephen Michaels, The Improv. department at Argos Casa Azul, and keeps an ongoing relationship with the Film and Theater Graduate Programs at NYU and The New School. She lives with her family in New York City.

Arturo Izquierdo is part of the lineage of Shipibo-Conibo shamans from the Ucayali community of Nueve de Octubre. He’s one of the very few of his generation to have followed the path of the old masters, a path his father, grandfather and uncles followed as well. For several years now he has been working alongside Guillermo Arévalo at the Anaconda Cosmica healing center. 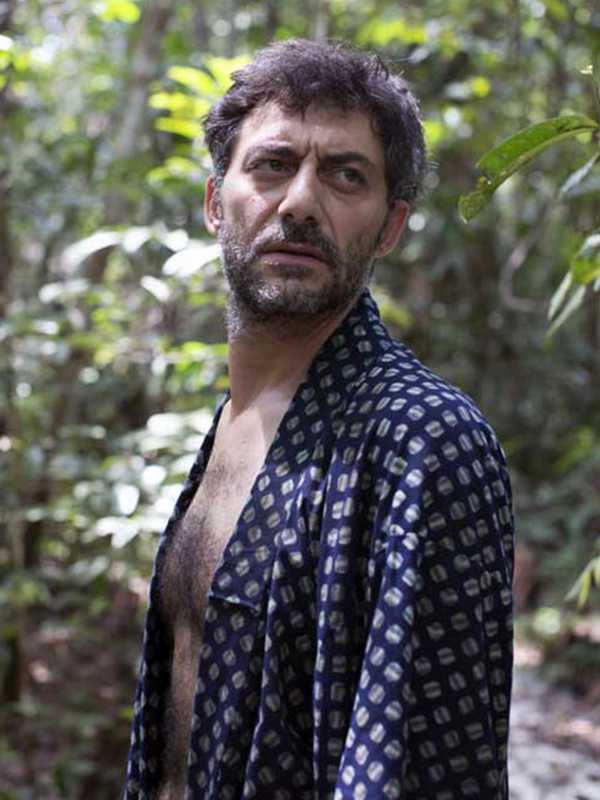 Filippo Timi is an actor, director and writer born in Perugia, Italy. Winner of ‘best actor under 30’ at the 2004 UBU Awards, Filippo has been on stage as Orpheus, Danton, Perceval and Satan. In 2007, his film career took off with roles in Ferzan Ozpetek’s multipleaward winning ‘Saturn in Opposition’ and Saverio Costanzo’s ‘In Memory of Me’, for which he was nominated for a best supporting actor award by the Italian Syndicate of Film Journalists. After taking the lead roles in Wilma Labate’s ‘Signorina Effe’ and Giuliano Montaldo’s ‘The Demons of St.Petersburg’, he won a Best Actor award for his leading role in Academy Award winner director Gabriele Salvatores‘s ‘As God Commands’. In 2009, Timi’s films were in competition in major festivals: at Cannes with ‘Vincere’ by Marco Bellocchio, where he played the young Mussolini, and at the Venice International Film Festival with the debut of Giuseppe Capotondi, ‘La Doppia Ora’, winner of the CoppaVolpi. 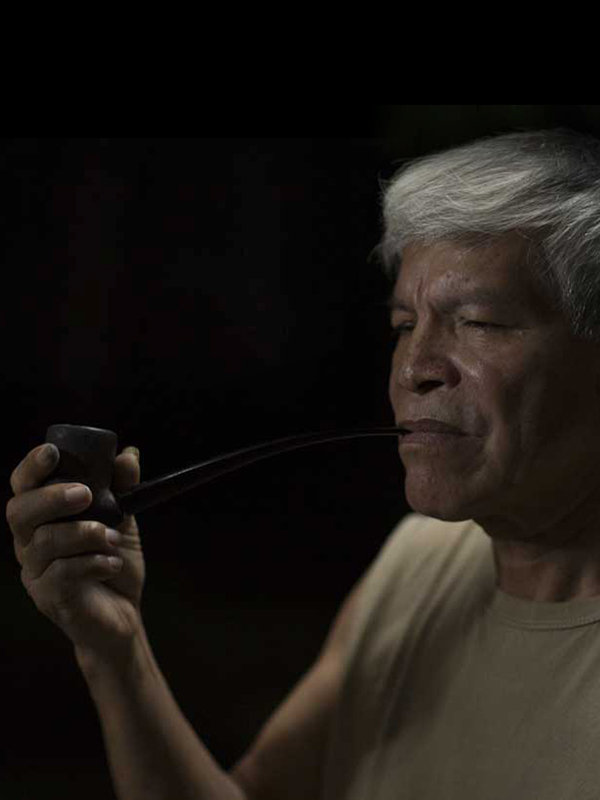 Guillermo Arévalo is a world-renowned Shipibo shaman and curandero of the Peruvian Amazon. His Shipibo name is Kestenbetsa, which means “echo of the universe”. Arévalo began to study shamanism at the age of 12. At the age of 24, Guillermo decided to renounce his job as a recovery room nurse and enter the field of shamanism. He retreated deep into the forest without clothing or food, armed only with a knife, a bow and four arrows and spent the next 12 months in complete isolation. Since then, he has dedicated his life to healing and the transmission of knowledge. He has founded several healing centers, one of which will serve as the main location of Icaros. He currently teaches and gives ceremonies around the world while back home Guillermo is dedicated to assisting his community and helped create the first Shipibo government. Guillermo has appeared in numerous documentaries and films (including ‘D’autres mondes’, ‘Vine of the Soul: Encounters with Ayahuasca’ and ‘Jungle Trip’, an episode of the Channel 4 documentary series ‘To the Ends of the Earth’). He has acted in a 2004 Western, ‘Blueberry’, directed by Jan Kounen. 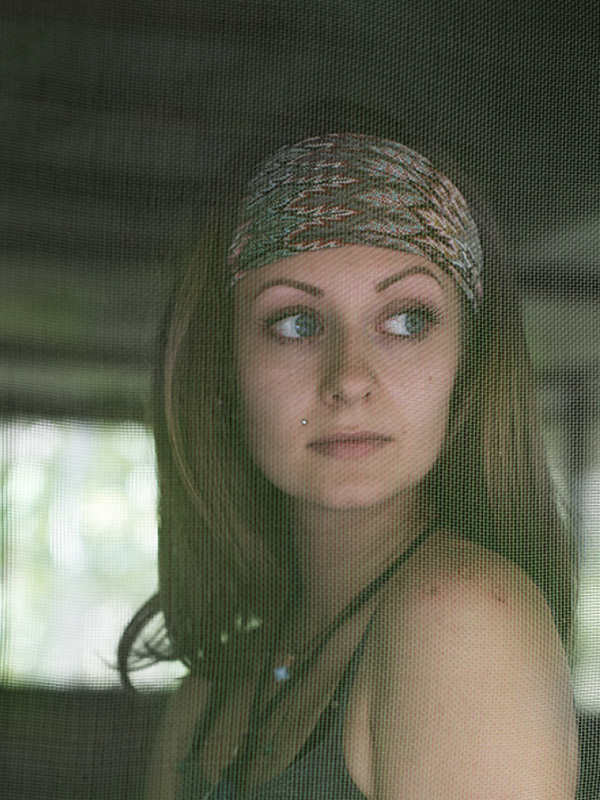 Taylor Marie Milton is a Canadian actress and YouTube vlogger known for her raw & honest reports of her experiences with Ayahuasca and other Entheogens. Her video ‘Ayahuasca: 1st Life-Changing Experience’ became a reference for the younger generations, receiving over half a million views on YouTube. In the past, Taylor acted in independent shorts and features including “Cherries and Clover” and “The Chester Kids”. Shortly after her first Ayahuasca experience in 2012, Taylor decided to quit acting to explore the medicine and the many wonders of the Amazon rain forest in more depth. The opportunity to act in “Icaros: A Vision” synchronistically brought her two passions of acting and plant medicine full circle, and she is now looking forward to acting more in the future while continuing on her spiritual path.