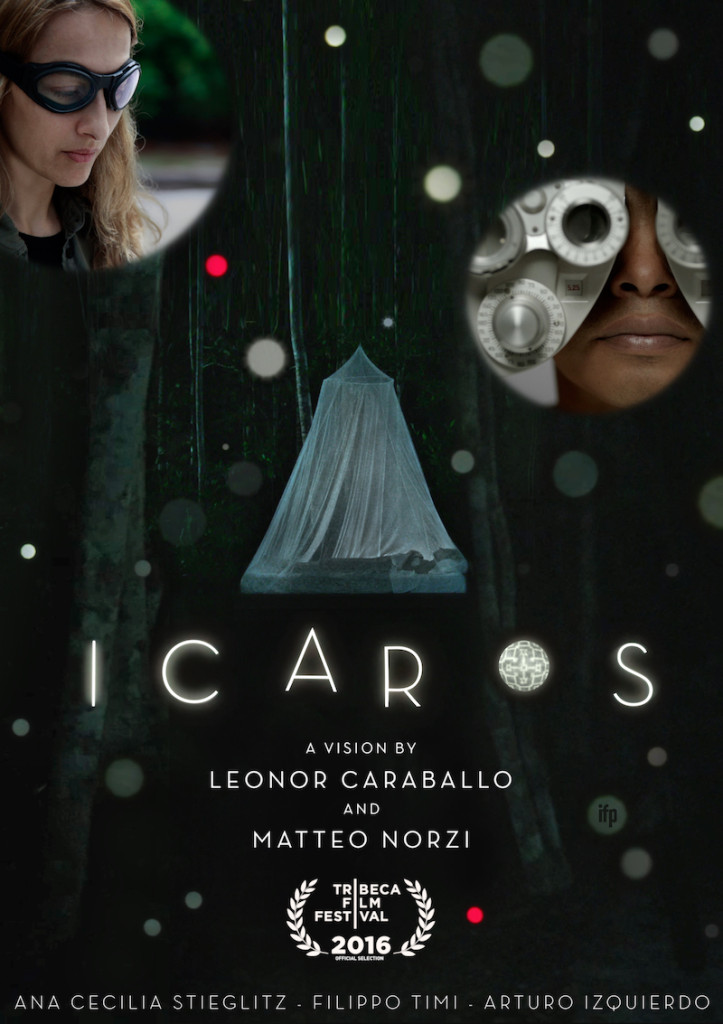 Her medical options exhausted, an American woman travels to the Amazon in search of a miracle. Thanks to a young ayahuasca shaman who is losing his eyesight, she learns instead to confront her ‘susto’: the disease of fear.

‘Icaros: a vision’ is a story about fear and the release from fear – the fear of illness and of death, but also the fear of life and living. It’s about the possibility of living through one’s fear – which is what the Amazonian plant Ayahuasca is good at getting you to do. Centered on the nightly ceremonies that are the main feature of shamanic retreats, Icaros revels in darkness, replicating a shamanic journey.

The film mixes in elements of reality. Set in an actual Ayahuasca retreat in Peru, it features real shamans and indigenous non-actors from the Shipibo community, mixed in with western actors. Aspects of the film are based on co-director Leonor Caraballo’s true experiences. She had metastatic breast cancer when the shoot began. Although she dedicated herself to the project until the very end, sadly she died before she could see the film finished.

The film is also driven by the conviction that acknowledging the power of plants is the best way to change the jeopardized future of the Amazon – itself like a dying patient. The exploitation of Shipibo lands and communities by oil and timber companies continues. Over the next 20 years, massive tracts will be destroyed to produce only enough oil to sate U.S. demand for, at the most, two weeks. The men and women who have the knowledge of healing plants are finding few in the younger generation who will cultivate their practices. Thus part of the film’s goal is to bring attention to the work, life and knowledge of the Shipibo Conibo people.

Icaros: a vision is a filmic tapestry about the meeting of cultures, a West in search of its lost soul and the indigenous Shipibo adapting their expansive practices and unique view of the universe.

Finally, the story takes place in Iquitos, the same town where Herzog’s Fitzcarraldo was shot more than 30 years ago, and the hotel Casa Fitzcarraldo hosts a key scene in the film.

Founded by Abou Farman, Matteo Norzi and Leonor Caraballo in 2013, Conibo Productions aims to promote the creativity and knowledge of the Amazonian Shipibo Conibo communities through a range of media, including cinema, visual arts, music, performance and plant medicine.